It started out as normal call to Dennis Buys Cars from someone wanting to sell their classic car. I estimated that the voice on the other line was a guy in his late sixties or so but his tone had a slightly urgent quality to it. He explained that he bought this car about ten years ago and even though it was in decent shape at the time, his plan was to do a complete restoration on it. He drove it around the block the day he bought it, parked it in his garage and never touched it again because he had gotten ill.

It was hard to tell much from the picture that was sent through the website because all I saw was the back end of it sticking out of the garage with years worth of crap piled around it but from what little I could see it looked decent and I was definitely interested. This was a 1959 Jaguar Mark IX, the top of the line, most expensive and largest Jaguar of the time and is often mistaken for a Rolls Royce because of the folding “picnic tables” in the back seats.

We made an appointment for me to view it and I headed out to San Bernadino County. He lived in a very nice house in an expensive neighborhood. Dan was a friendly, slim, fit looking guy with darting eyes and a shock of dark hair trying to escape a baseball cap. His speech was halting and he would lose concentration in the middle of a conversation then quickly recover. “Sorry, but I have terminal brain cancer and that is why I am selling this car.” he said. I am sure my reaction was visible. I asked him if he was in pain and he said no.

The car was actually in decent shape. It had a beautiful silver and maroon color combination and the interior looked almost new. I knew however that when these old English cars sit for many years they need extensive repairs and it would cost me thousands before I could make it fit for sale.

I must say my negotiating skills were somewhat hampered by the situation. But we struck a deal and we signed the paper work while counting out the cash on the hood of my new Jag.

He went on to tell me a story of how, twenty years ago, his daughter married her foreign born boyfriend so he could stay in this country. Turns out he has not worked a single day in those twenty years and has been supported by he and his daughter.

“There is no way I am going to die and let that bastard get this car.” he said. 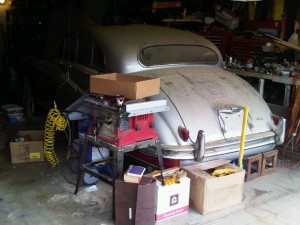 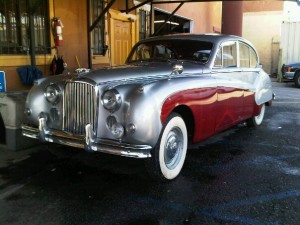