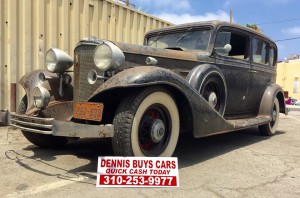 “Dennis, there is a seven foot Florida Rat Snake, living inside the 1933 Cadillac. The biggest one I have ever seen!” the driver said.

It started with a phone call to Dennis Buys Classic Cars who is a well-known Classic Car Buyer in Los Angeles. The caller explained that they lived in Maryland and that an elderly Uncle had passed away leaving them a house with a 1933 Cadillac V8 and a 1966 Cadillac parked in the garage.

They had very little information on the cars, only that they had been stored since the Eighties. Because the sellers were in Maryland, we arranged for a neighbor to take some pictures of the cars so we could get a better idea of what we were dealing with. 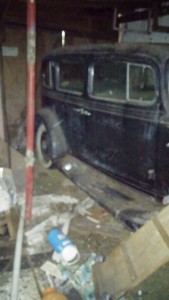 It was quickly discovered that the ’66 was very rough and was a lesser desirable four door. The cost of transporting that car to Los Angeles added to the cost of a full restoration just made unfeasible so we passed on that.

Dennis is a Classic Car Buyer

The ’33 Caddy however, had potential. Even in the murky photos of the dark garage it appeared to be in neglected but decent condition overall.

The upholstery was tattered and the huge, whitewall tires on spoked wheels were flat. But from the few angles that were available, it seemed that the giant graceful, swooping fenders were intact, the doors seemed to line up OK and it still had the iconic steamer trunk on the back which was used as a trunk space for all these 30’s sedans.

This is the True Definition of a “Barn Find” 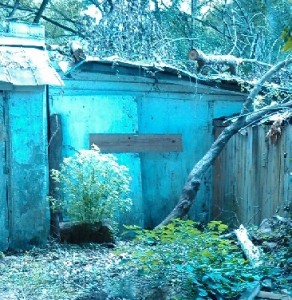 If you are a Classic Car Buyer, a collector or restorer of cars, a “Barn Find” is what everyone is looking for. Scattered throughout the country are barns, garages and backyards that are housing neglected treasures just like this Caddy. We have an expression we like to use; “You can only be original once.” Buyers tend to prefer original cars replete with the old dirt and patina over new and shiny restored cars. 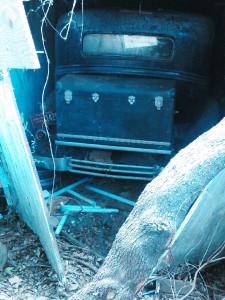 Recently two Mercedes Gullwings went on the block at the same auction. One was rough, unrestored but complete much like the condition of this’33 Caddy. The other was a shiny 100 point retoration and they both “hammered” for about the same amount, just over a million dollars.

The potential buyer of this Cadillac knows that this car will need a full restoration, but because he can clearly see the original state of the car there is nothing “secret” or hidden which is usually the case with any restored classic.

A deal was struck and now the challenge on getting this former vestige of prominence and achievement to Los Angeles began. As a national Classic Car Buyer, we buy Classic Cars from all over the country and this buy started out in the typical manner. Wherein, the owner has inherited a classic car, truck or motorcycle and then starts and online search for a competent classic car buyer. Dennis Buys Cars pops up and we get a call or an email for an online quote. We then exchange pictures, agree on a price and send a truck with a cashier’s check and pick up the vehicle and the title. It’s usually that simple.

This 1933 Cadillac was a little different! First of all, the owners were not in Florida with the car so they would not be able to accept payment at time of pick up because they lived in Maryland. Also, they had not even seen the car lately and because the pictures could not tell the whole story regarding its condition, an estimate was agreed upon and the final price would be determined after it arrived here in Los Angeles.

The owners in Maryland said this is not possible and that tree was removed years ago. Stymied again and another month went by.

The house was in escrow so we were now in a time crunch. Frustrated, we went online and found a local tow company in this small, rural northern Florida town. They went to the location and sure enough there was a large tree blocking access to the driveway.

Not only that, while he was assessing the situation an elderly neighbor amble over. “Years ago, old Elmer sunk a steel pole into the ground and planted that tree next to it so nobody could ever get that car out,” the old man said. The tree grew and engulfed the steel pole further complicating the issue. With a little creativity the local tow guy had a solution. 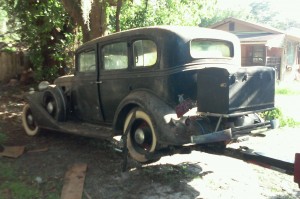 In The Sunlight For the First Time!

He knew a guy with the proper saw to cut the steel pole low enough so that we could get the Caddy out and a tree company to remove and cut up the tree. He pulled the car out of its resting place and we had a new problem. That’s when he told me about the snake. 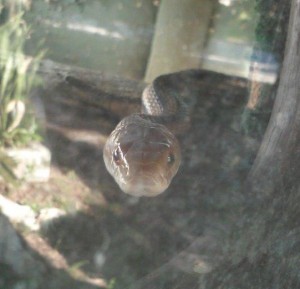 After telling me our slithering little buddy refused to be scared away, he continued with his creativity. His saw wielding associate was also a Licensed Florida Snake Handler and he had his equipment with him! For a reasonable fee he caught the snake and carted him off to be released later in a new foster field.

He also had an association with a reliable car hauler that deals with Classic Car Buyer and soon the Caddy was in an enclosed trailer on its way to California without the snake! 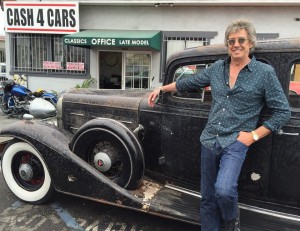 Dennis and His Capture!

Dennis Buys Cars is a Classic Car Buyer. We will tell you what your Classic Car, Truck or Motorcycle is worth, make you and offer and we will buy it!